Through internal nomination and taking reference to the “Criteria for Nomination – Outstanding Administrative Staff Award 2013” as approved by the Assessment Committee, a total of 103 representatives were selected.

After online election from 19 December 2013 to 10 January 2014 by all staff members and the interview conducted by the Assessment Committee in January 2013; as a result, a total of 39 awards were granted to 37 awardees.

The award presentation ceremony was held on 12 March 2014 at the Cultural Centre of UM. 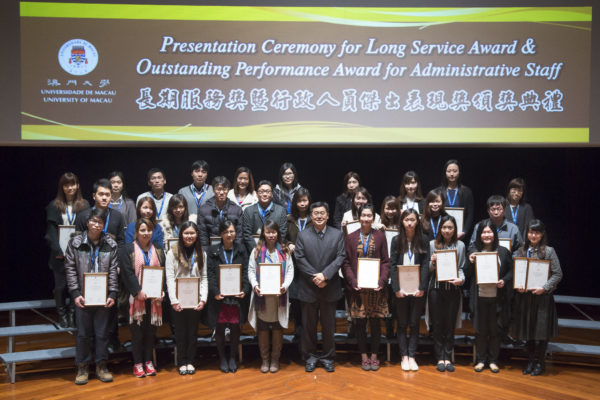